The Ocean Club hotel was a two-story building constructed with a E-shaped floor plan. It had 160 room, two parlors, two dining halls, a billiard hall, a card room, a reading room, pantries, kitchen, and a laundry.  The building had nearly 320 gas lights.  The porch, which ran along the entire exterior, was supported by 300 pilings. The middle “E” section of the building were suites for the hotel’s stockholders.  The hotel was apparently built for an estimated $100,000.  It was severely damaged in the 1893 hurricane and, subsequently, abandoned. 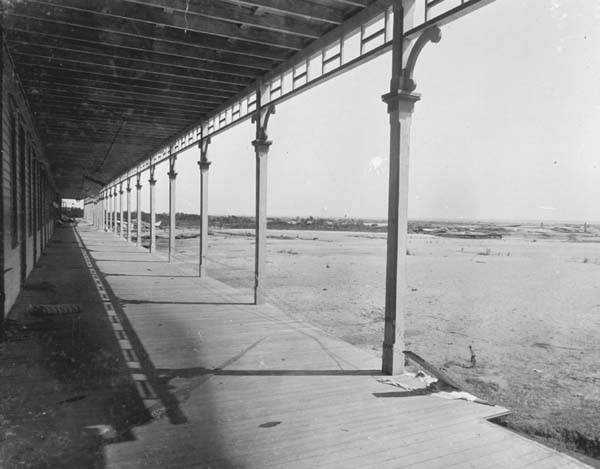 The gallery of the Ocean Club Hotel facing the Gulf of Mexico (New Orleans Public Library). 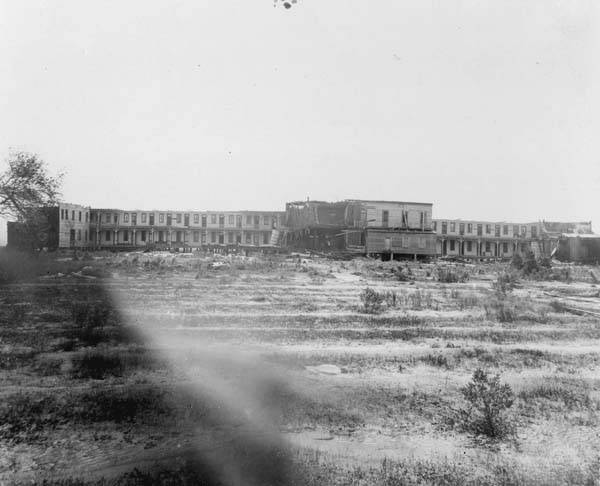 The south elevation of the hotel. The structure in the middle were suites (New Orleans Public Library).